Nine Secrets to a Happy Vacation 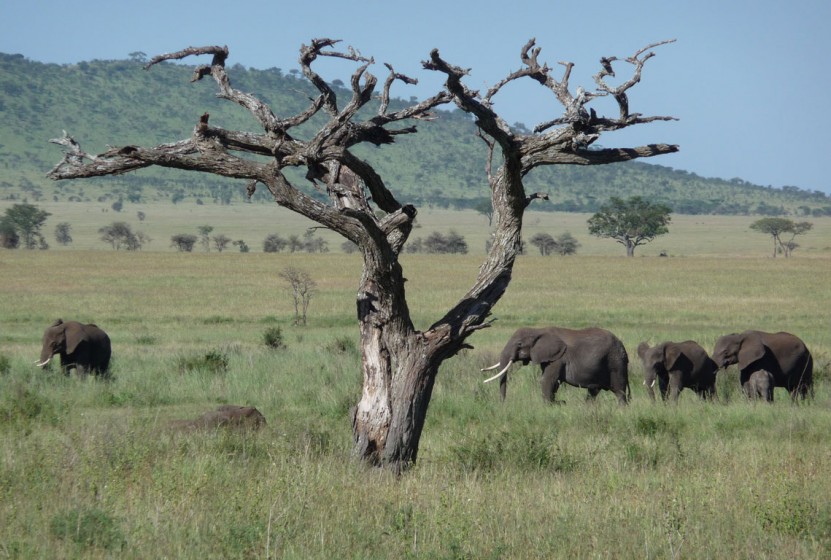 When I first encountered Yahaya Sawari, I didn’t know he would be my guide for the coming week in Tanzania. We had been met at the airport by a driver who had taken us to our hotel and that was the last we saw him. It was a Monograms package, after all, which is Globus’ independent package product not an escorted tour.

With Monograms, hotels, transportation and some activities are usually set up and you are provided with a local host who is on call to help you at all times. Otherwise your time is your own. But obviously a local host has a much larger function in the Serengeti wildlife reserve than in Paris or London.

It turned out that Yahaya was our driver/guide for the whole week. It was his job to fulfill the itinerary, get us from one property to the next and facilitate the activities. But he also was there to give us as much freedom and flexibility as we wanted within the framework of the hotel bookings. Over the course of the week, Yahaya became our companion and friend. We grew to depend on him and bonded with him. He was strikingly knowledgeable, kind and accommodating. When you are traveling in a place as foreign as the African bush, with its lions, rhinos, elephants, hyenas, it’s great to have a friend who knows his way around.

And Yahaya certainly did know his way around. He has been guiding in the wilderness for 20 years, day after day, week after week. He knew intimately every place we went, as well as what to expect and where to look. When he was driving through the wilderness in the Land Cruiser, he could name each animal, bird or plant that captured our curiosity. He also shared his reference books if we wanted to learn more about a particular species of plant or animal.

Yahaya made the wilderness an accessible and congenial environment in spite of the dangerous animals. He works for Rangers Safaris, Globus’ ground operator in Tanzania, which has been operating in the region for decades. One of the largest tour operators in the world, Globus can work with about whomever it chooses. With its worldwide tour infrastructure, 80 years of experience and reputation, Globus certainly can pick the very best ground operators.

Globus has achieved something significant with its Monograms Tanzania program. The eight-day program provides a comprehensive introduction to some of the most amazing places on earth. It’s also helped to make the region accessible to more people than ever before. The itinerary is structured into three two-night stays in each of three game reserves, plus one night in the city of Arusha after arrival to rest up after the air trip from the U.S.

The program is priced from roughly $3,500 land only, a remarkable price for an Africa trip. It also includes one night at the Coffee Farm Lodge in Arusha, two nights at the Tarangire Sopa Lodge, two nights at the Ngorongoro Sopa Lodge and two at the Serengeti Sopa Lodge. Hotels can be upgraded for a few hundred more dollars. Globus makes these areas accessible to a broad range of people who may never have dreamed they could ever afford to go to Africa a decade or two ago.

The hotels are comfortable, providing a sort of rustic luxury. They are not Ritz Carlton, but who wants to stay in a Ritz Carlton in the African bush? Instead, they are ideal accommodations for an African safari, with a level of amenities that will ensure no American will want for anything but will gain access to some of the most amazing places in the world. Globus has made them accessible to middle class Americans.

The Serengeti has been a protected area since 1951. It provides a wildlife sanctuary for the most remarkable wildlife in the world, including lions, leopards, cheetahs, giraffes, zebras, hippos, rhinos, wildebeests, buffaloes, assorted antelopes, and endless varieties of plant and animal life. The Big Five get most of the attention, but the tiny wildlife, colorful birds, lizards, insects and the astonishing baobab and acacia trees also can take your breath away.

When author Nikos Kazantsakis wrote about growing up in Crete, he said that the wind from Africa made everything grow and blossom prodigiously, from the pretty women to the fruit trees. That’s certainly true. Indeed, there is something about Africa that is incomparable. You can’t name it. Scientists cannot isolate and classify it, but when you go there you will certainly experience it. For more information on Globus, visit www.globusfamilypartner.com.