Independent Travel to Europe with a Twist 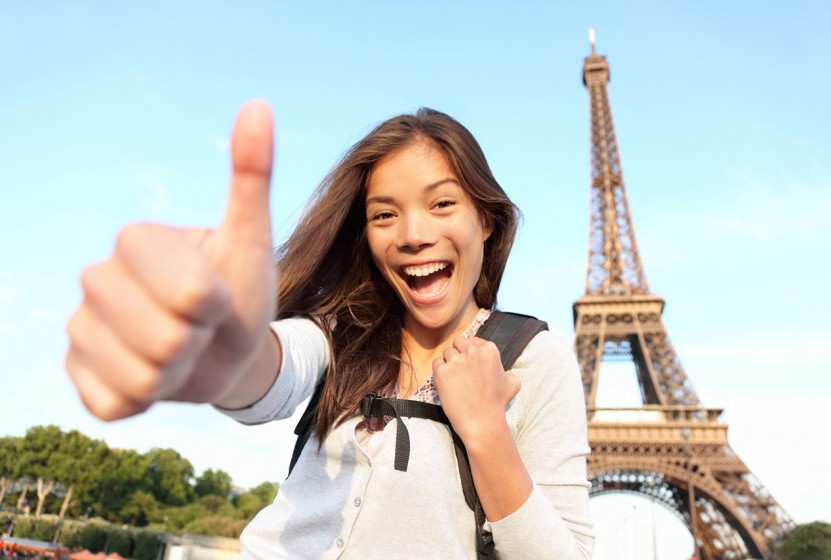 A study from the Netherlands released four years ago suggested that the return on investment for a vacation is extremely short-lived. Among the Dutch who participated, the greatest happiness a traveler experienced was associated with the planning and anticipation of a trip. Happiness during a trip could be quite high, but directly correlated to the amount of relaxation and the absence of stress while traveling.

Stress on the road — the most commonly cited being illness or disagreements with a travel partner — brought trip happiness way down. Upon return, the stresses associated with going back to work were likely to kill off any residual vacation bliss pretty quickly.

Only when a vacation was described as “very relaxing” was there a post-vacation bounce, though the research found it almost never lasted more than two weeks (perhaps about the time the bills began to arrive?).

Since length of trip did not seem to affect happiness, researchers concluded that perhaps two short trips were better than one because a traveler could double the happiest aspect of a vacation: anticipation. 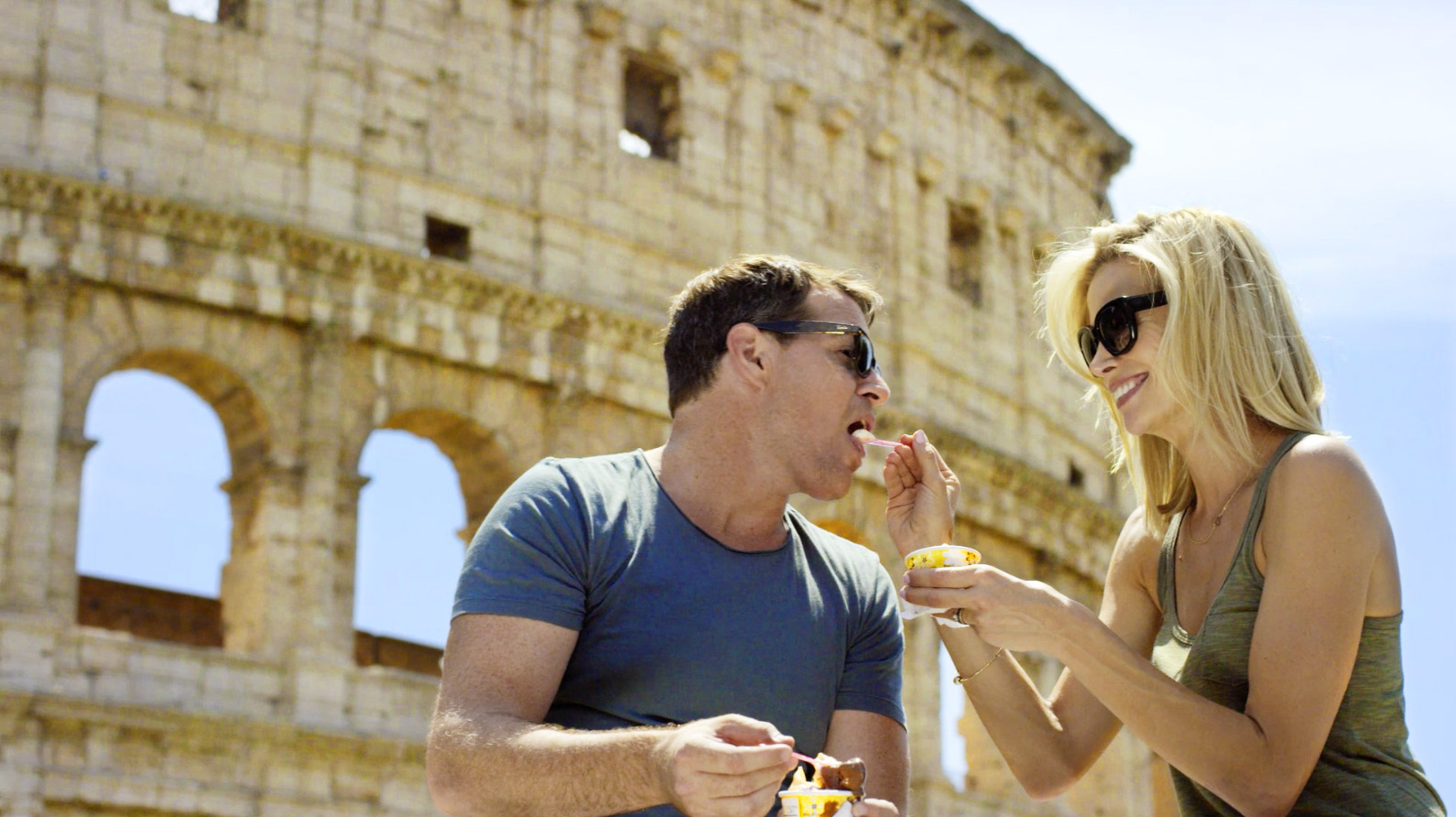 That study caught the attention of another happiness researcher. As a postgraduate fellow, Shawn Achor had participated in teaching “Positive Psychology,” which was, for two semesters, Harvard’s most popular class.

Positive psychology is a relatively new field, and its researchers focus on quantifying the underlying causes of hope, happiness and optimism rather than depression and disorders. An articulate spokesperson for the field, Achor left academia in 2008 and started the company GoodThink, a consultancy that helps businesses understand how to increase, then leverage, happiness in the workplace.

He has written two books on happiness and has been discovered by Oprah Winfrey, who taped two hour-long shows with him. His TED talk has had more than 7 million views.

The Netherlands study, as well as the rise in staycations and the fact that people don’t use all their vacation days, bothered Achor, who is an avid traveler. He concluded his own travel/happiness research in December and discovered that “additional factors could influence the degree of happiness experienced before and during travel.”

“If you travel in smart, strategic ways, you can get the ROI you want,” he told me. 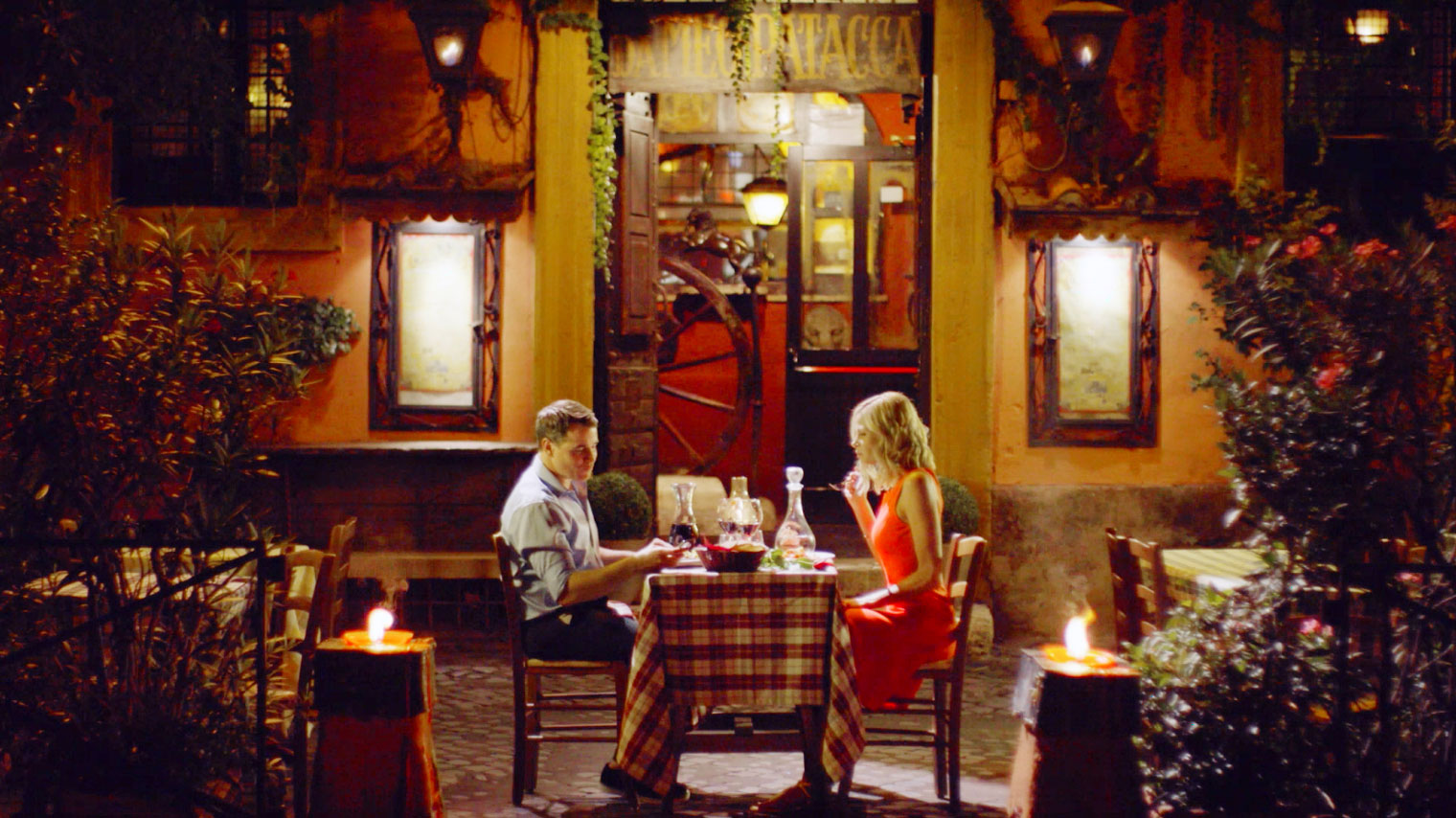 But he also found that if three specific factors are handled well, 94% of travelers will return with higher levels of happiness and energy. The three are: advance planning, traveling far from home and creating or cultivating social connections on the road.

“About 90% of the happiest trips were planned more than a month in advance,” he said. He pointed out a Twitter study that scanned the geotags on vacation-related tweets and found that the greater distance from home one traveled, the more likely messages were to contain words associated with happiness.

He was not surprised that there was a high correlation between travel happiness and social support (examples: connections with friends who live in a destination, a great tour guide or meeting local residents). Generally speaking, he said, “social support is important, as predictive for long life as obesity, high blood pressure and smoking are [for reducing life expectancy].”

Achor’s findings prompted the Globus Family of Brands to retain him to speak to the press and connect the results to Globus’ Monograms product, which the tour operator believes satisfies Anchor’s three prime criteria. Globus has created a downloadable “Happy Travel Guide” for travel counselors at Monograms.com/happy. 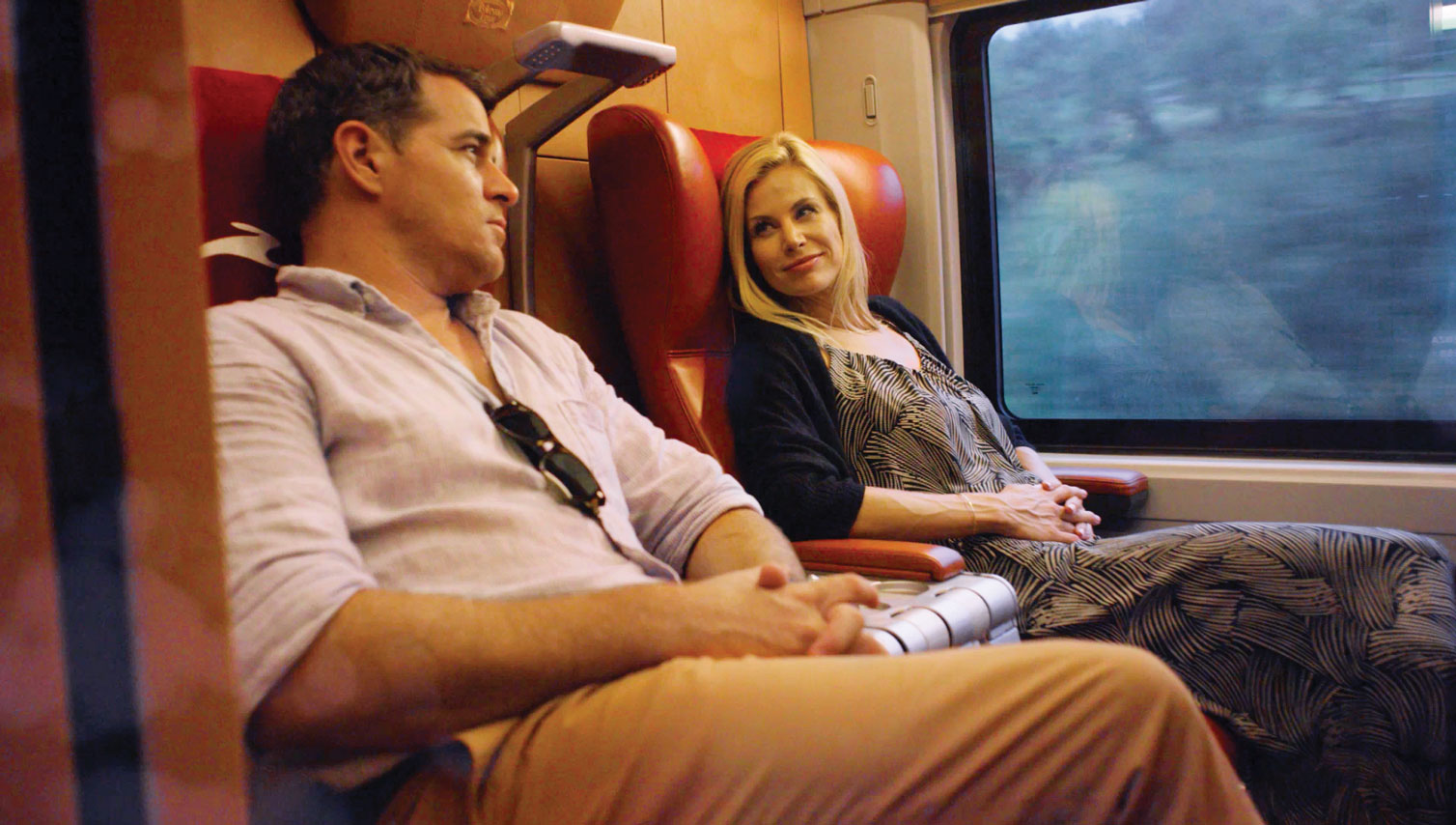 There was one additional bit of research Achor has done that was not directly related to travel but is, I believe, extraordinarily relevant to travel retailers. While consulting for MetLife, he discovered that salespeople who were optimists outsold those with other presumably desirable skills, and not just by a little.

“If you deepen optimism and social connections, sales rise 37%, across industries and functions,” he said. “The top 10% of optimists were outselling the other 90% by 89%. Previously, MetLife didn’t hire based on optimism, and now they do. Newly hired optimists outsold pessimists by 19% in the first year and 57% by the second year.”

When Travel Weekly fields its annual Travel Industry Survey, we ask sellers of travel psychographic-related questions. It doesn’t measure their general happiness but looks at respondents’ attitudes about job satisfaction. About 45% of office-based and 33% of home-based retailers classify as “seekers,” defined as travel sellers who are unhappy with their career choice.

Achor says that levels of happiness are not predetermined but rather reflect a constant relationship with environment and choices. Suppliers like Globus might ultimately find advantages in working to improve their retail sales force’s levels of happiness and, should that not work out, to identify and work with the happiest among their distributors.

How to improve your happiness? Achor has several suggestions. If you want to delve deeper into happiness strategies, the return on buying Achors’ books should prove well worth the modest investment. 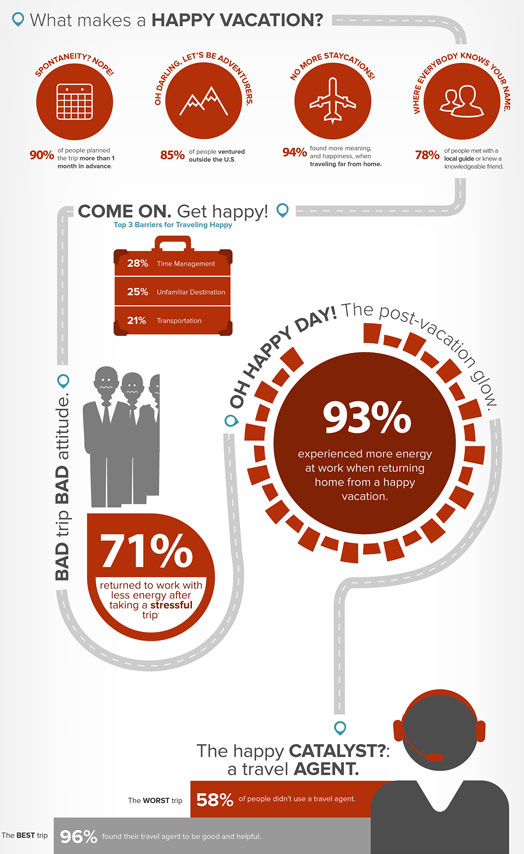