Dispatch, Venice: Our own local expert

Back from Barcelona: Tips & Tricks 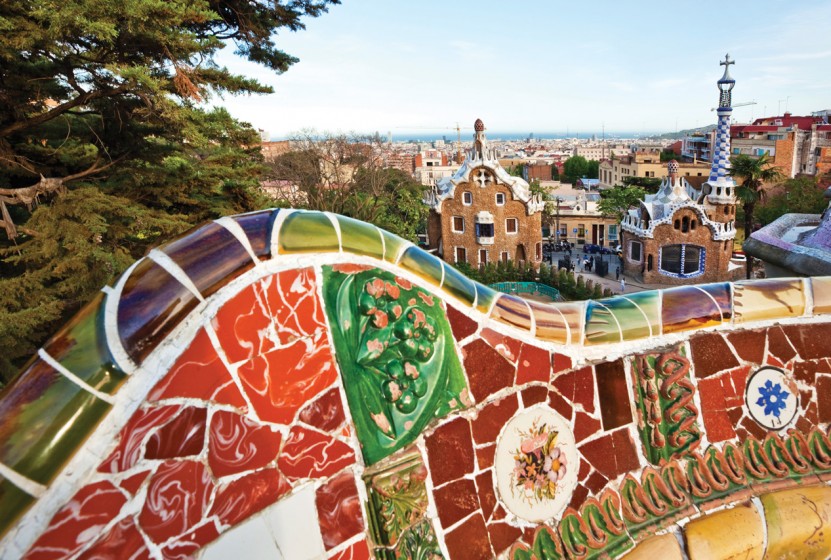 National Geographic Travel associate producer Megan Heltzel (on Twitter and Instagram @MeganHeltzel) studied abroad in Barcelona when she was in college. She recently returned to the Catalonian capital on a trip with Monograms Travel and was happy to see that the city she once called home continues to steal her heart.

Here are some of the highlights from Megan’s trip, in her own words: 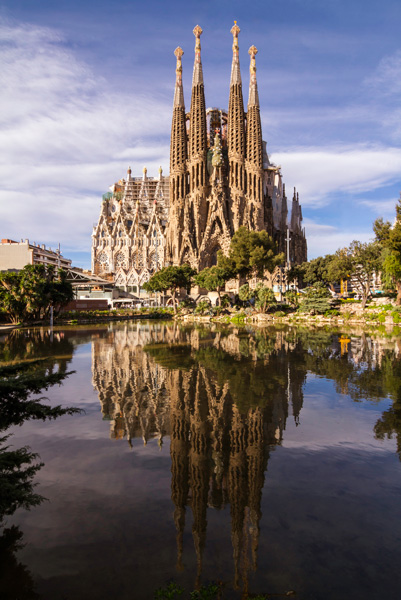 Outdoor oasis: It’s impossible to visit Barcelona and not notice the footprint Antoni Gaudí left on the city. His incredible architectural work can be seen everywhere from the Casa Batlló on Passeig de Gracia to the unfinished Sagrada Familia, but Parc Güell in the city’s Gràcia district has to be my favorite (though all are surely worthy of a visit).

The park—which was named a UNESCO World Heritage site in 1984 (along with six other Gaudí-designed structures in Barcelona and environs)—presents both a breathtaking display of the artist’s mosaic work and the perfect spot to while away time outdoors. Stop for a visit with the infamous mosaic salamander (“el drac”), get your photo taken on the serpentine bench that offers panoramic views of the city, and then cast your gaze skyward to devour the tiled ceilings of the colonnaded pathways. This unique urban park is one you won’t want to miss.

Doable day trip: When you’ve had enough of Barcelona’s crowds, head 45 minutes west of the city to Sant Sadurni d’Anoi to quench your thirst with a glass (or two) of cava—Spain’s unique take on sparkling wine. There you’ll find Codorníu, the world’s oldest producer of cava (for more than 450 years!) and perhaps the most fitting place to acquaint yourself with the region’s signature quaff. 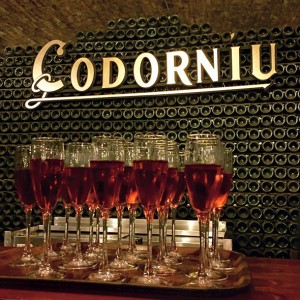 Must-do: a cava tasting at Codorníu (Photograph by Megan Heltzel)

While the grounds of the winery alone are worth the trip, you won’t want to leave without touring the cellars below. Get a lesson in the history of wine before heading underground and boarding a train for a ride through labyrinthine caves stocked with aging cava. Tip: Bring a sweater! The temperature drops dramatically in the cellar.

Transportation advice: If there’s one thing to know about exploring Barcelona, it’s that it’s best done by walking on your own two feet. The city is full of hidden alleyways and beautiful architecture that you will find only by taking the time to get a bit lost.

Take a stroll down Las Ramblas to check out the street vendors and snap a photo of the Columbus Monument before heading to the waterfront. Once you’ve had your fill of the sea, make your way back into the city along the narrow cobblestone alleys of the Barri Gòtic (Gothic Quarter). Snap a photo of Els Quatre Gats (where a young Pablo Picasso staged his first exhibition) and enjoy a scoop of creamy gelato from Gelaaati Di Marco on Carrer de la Llibreteria en route. 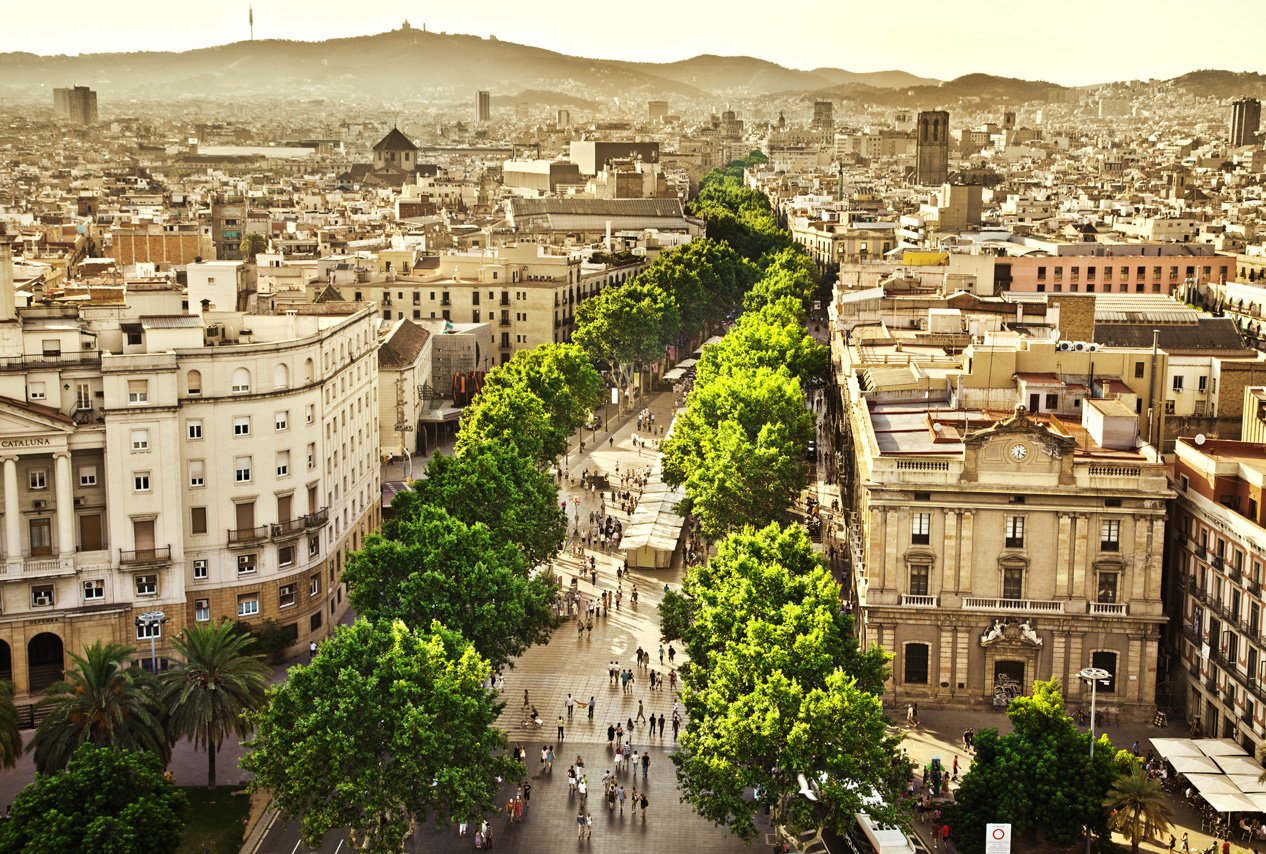 Craveable culinary experience: While Barcelona may not be known as a beer town, Fàbrica Moritz Barcelona will have you thinking otherwise. Located at the corner of Ronda de Sant Antoni and Casanova Street, this microbrewery also serves trendy and delicious food (the mussels were a favorite) and features an exceptional wine bar and bakery. The atmosphere here is unmatched anywhere else in the city.

While you’re there, take the time to check out the lower level, where the brewing takes place, as the space looks more like a catacomb than a beer laboratory. And be sure to stop into the above-average gift store. The expansive space offers up everything from beer accessories to a library of books. 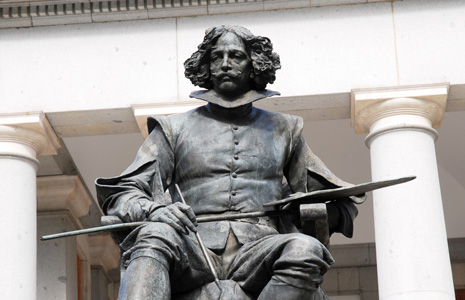 Standout museum: The Museu Picasso, located in the Gothic Quarter. The museum tells the incredible story of native son Pablo Picasso’s life through an extensive collection of his work and offers a glimpse into his many relationships (including his love affair with Barcelona, where he moved with his family as a teenager).

Because the institution, which debuted in 1963 during Picasso’s lifetime (he died in 1973), showcases well over 4,000 works by the artist, I would highly recommend taking a formal tour. Our guide gave details about what was happening in Picasso’s life at the time that he created each painting, which provided vital context that enabled a greater understanding of the man and his work.

If you’re pressed for time, swing by the museum just to gander at the architecture of the building and pop into the gift shop. You’ll be glad you did.