Rome and Paris the Easy Way

5 Towns to Visit on Lake Como

Across the Bridge of Sighs 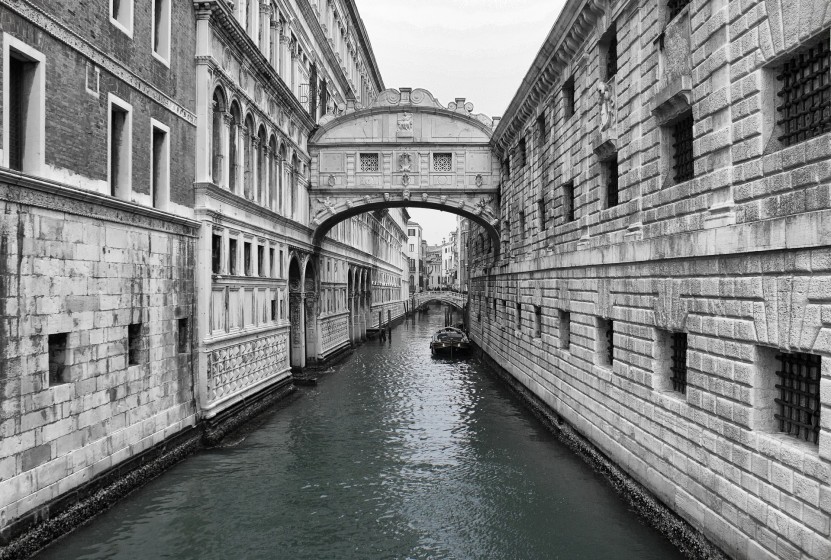 The world’s most poetically-named bridge, Il Ponte dei Sospiri (the Bridge of Sighs), was built in 1614 so that prisoners of the Venetian state could be transferred in secret from the Doges’ Palace to the Nuovi Prigioni (New Prisons). The wistful name was actually conceived by English poet Lord Byron in the early 1800s as he imagined the horror of prisoners taking their last glimpse of Venice before going underground to captivity.

Although Venice in the 1600s was a famously permissive society, it was overseen by a shadowy oligarchy through an omnipresent secret police that sniffed out any hint of political treachery against the all-powerful Republic. The slightest suspicion could lead to a midnight arrest and secret trial; prisoners would be tortured and convicted without being told the charge—or the length of their sentence. The cells for new prisoners were located around the torture room so they could hear the victims’ screams, designed to wear them down psychologically in advance.

Today, the New Prison is part of the standard Doges’ Palace tour. One can follow the route of the prisoners across the covered bridge, which was divided for 2-way traffic, and peer through the grill to the sparkling Lagoon as gondolas pass underneath. Visitors should also keep an eye out for the more recent graffiti—the cells were still in use for political prisoners in the 1930s for victims of Mussolini’s fascist regime.

The perfect snack while out and about, stamping yo

Baskets of juicy red strawberries, as far as the e

Built in 1900, the House of Tan Teng Niah combines

For those who love a bit of retail therapy, put Ox

From pecorino to parmesan, we are big fans of Ital

Sunset across the city of Venice creates this rema

While a sombre reminder of a devastating part of J

St Peter's Basilica is naturally one of the most-v

At a spectacular 828 meters, the Burj Khalifa is t

Have you ever seen a more perfect produce display?

The uniformity of Venice's rooftops color make for

Walk into St Peter's Basilica and your gaze is imm

Today we're dreaming of Florence 💭 and its drea

Recognised as a World Heritage Site for the last 3