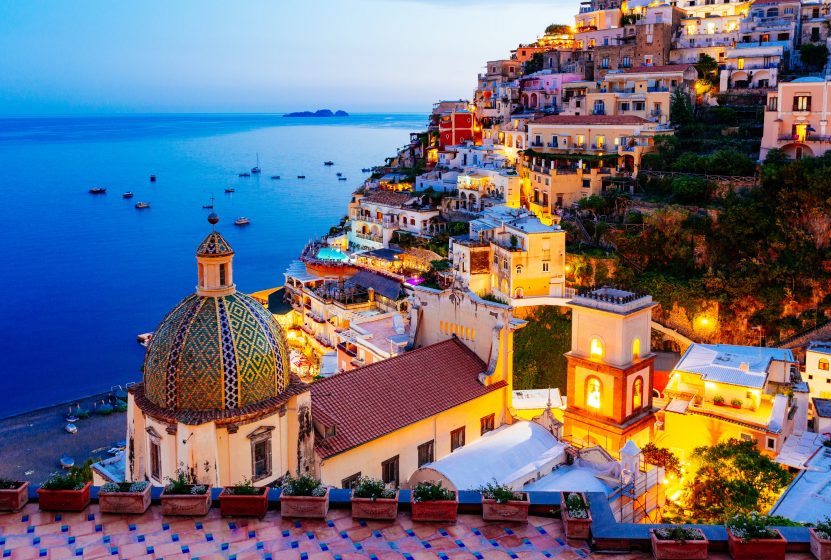 By Matt Long | Posted to LandLopers.com

Another bend in the road, another village and another set of seemingly unbelievable coastal views. The Amalfi Coast drive in Italy is one of the world’s most famous, and with good reason. Seemingly plucked out of a fairy tale, a day spent exploring the many towns and villages along this rugged coast is a highlight for most visitors to Southern Italy. I recently had the opportunity to revisit the Amalfi Coast, staying in Sorrento for a few days I took several day trips to explore more of the region. Although it wasn’t my first time visiting, it was important for me to remember what makes this region of Italy so very special and why, yes, it truly is as amazing as everyone insists. I was in Italy with un-tour company Monograms Travel, reconnecting with a part of Italy I’d long neglected and realized why it figures so highly on the bucket lists of millions around the world. Today I want to share some highlights of visiting the incomparable Amalfi Coast and why, if it isn’t already, it should be on your bucket list too.

Getting Around and About

If you haven’t read my reviews of Monograms Travel before, they aren’t a tour company, not really. Instead they take care of major details like hotels, transfers and orientation tours, but then it’s up to the traveler to decide what they want to experience. It’s independent travel with a little bit of extra ease built in and I love the experiences this unique way of travel enables. There are a number of optional excursions offered if that’s what the traveler is looking for, and my Monograms Local Host adeptly helped me as I figured out how best to explore the region; including a day trip meandering along the Amalfi Coast.

I like driving when I travel, but the Amalfi Coast is one place where I’d rather not be behind the wheel. The traffic can be insane, the roads are narrow and the parking impossible. No, it’s best to travel with a guide of some sort, and I was thankful not only for the ease of getting around, but for the included tours at each stop as well. Let’s be clear, there is a clearly marked tourist trail that winds through the region every day, but that’s to be expected really. It’s such a popular place that everyone from cruisers to day-trippers want to capture a little bit of the region’s magic for themselves. The key is to choose the right company to show you around, and the one provided by the Monograms excursion couldn’t have been better. It provided a great look at some of the more popular spots along the Amalfi Coast, with some surprises along the way.

I love most of the towns along the coast, but for many people Positano is the highlight of any visit. In 1953, John Steinbeck published an essay in Harper’s Bazaar in which he wrote, “Positano bites deep. It is a dream place that isn’t quite real when you are there and becomes beckoningly real after you have gone.” True to form that’s exactly how I now feel, months removed from my far too brief visit to this star of Italy’s Amalfi Coast. The entire coastline lives up to its well-deserved hype, but there’s something special about Positano. It’s funny though, up until the 1950s it was just another sleepy fishing village, a place that time forgot. Then the post-war global tourism boom began and the village was never again the same. The early jet-setters all spent time here, enjoying the sunny weather and posh hotels that seemed to pop up overnight. Today it’s one of the most popular tourist spots on the coast and during the day a seemingly endless array of tour buses filter through the narrow winding streets of the city on the hill. But that doesn’t mean there aren’t special moments to be found, there definitely are. As soon as we arrived, I meandered along the labyrinth of alleyways until I reached the beach, oddly quiet given the number of people in town. but it was there and then that I began my slow appreciation of Positano, a love that sadly only germinated once I returned home. Funny how some places are like that. Sometimes we simply can’t appreciate new destinations until long after we’ve left, giving us new fodder for our afternoon daydreams.

I have a strange obsession with the medieval order of knights known as the Knights of Malta. Fun guy, I know. Their home is the island of Malta and the unique eight-pointed cross they use is still known as the Maltese cross. So imagine my surprise when I arrived into the coastal community of Amalfi and found that same cross everywhere. Turns out that the founder of the order was actually from Amalfi and over time the town adopted the cross as their own. Religion has always been important here, particularly thanks to the unusually gorgeous 9th century cathedral. The history this place has witnessed honestly boggles my mind and it’s still an important place today due to the remains it houses of the Apostle St. Andrew inside. There are plenty of reasons to love driving the stunning Amalfi Coast, but for me the village of Amalfi is at the heart of the experience. 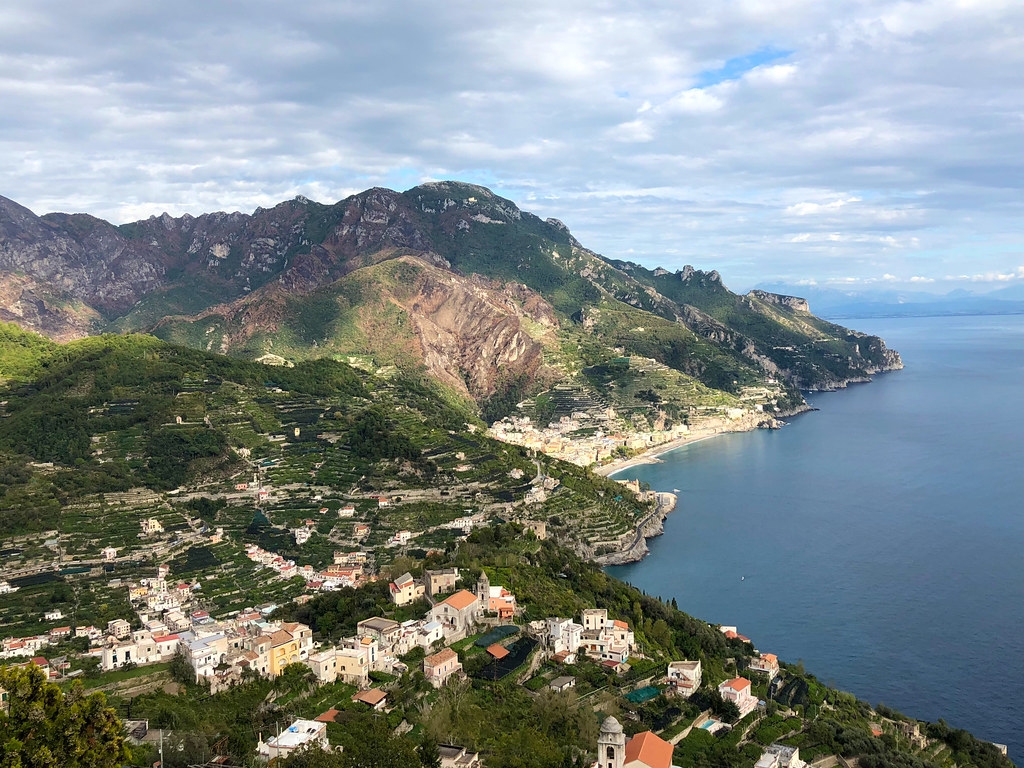 I can’t think of a better place to end the day along the Amalfi Coast than the romantic town of Ravello. While it has a long history, today it draws much of its inspiration from the many artists and musicians who have strolled these quiet streets in recent centuries. Notables such as Wagner, Grief, Escher, Would, Miro, Capote and more have all spent time drawing inspiration from the pastoral countryside and water views. Those same views are easily enjoyed today with a look down to the sea from the Villa Rufolo. My favorite thing to do in Ravello though is to grab a chair at a sidewalk cafe and just people watch. There’s nothing better, and that’s especially true in Italy where one’s curiosity is quickly rewarded. A languid afternoon sipping a glass of Prosecco and embracing the laid back vibe of the region – to me, that is the Amalfi Coast at its essence and the best way to understand what makes it so very special. 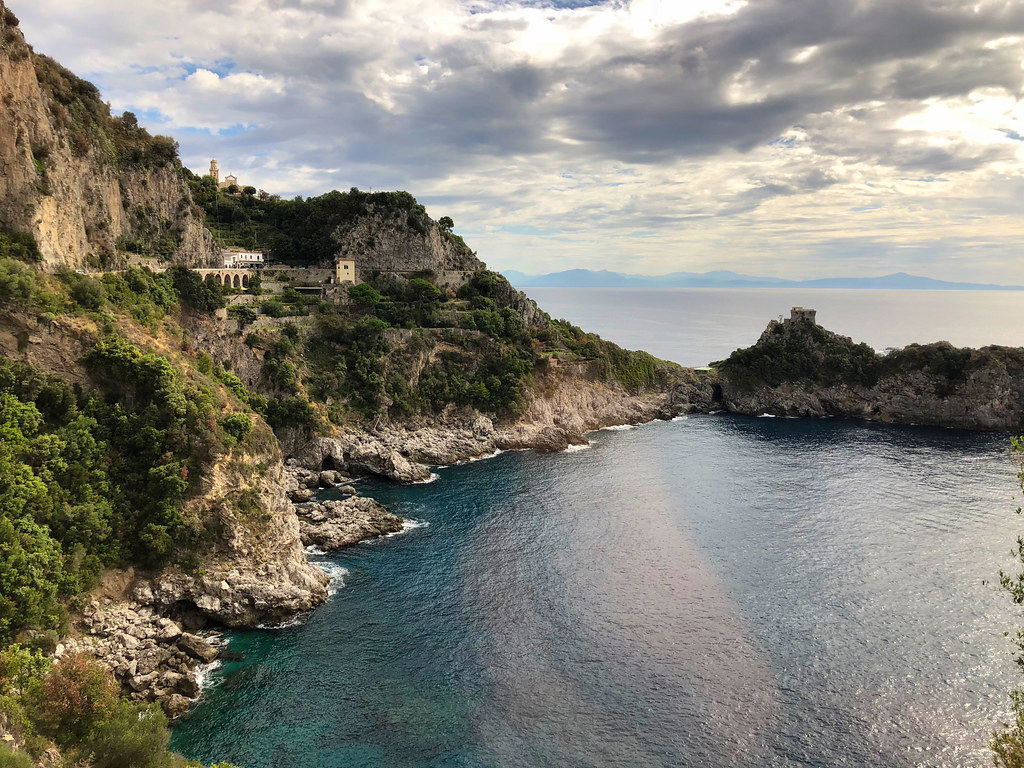 Part of the draw to this, one of the world’s most beautiful coastlines, are of the course the villages clinging to the cliffs and the entire drive itself. The towns seem to rise from the sea, carved from the rocky hills they call home. Splashed in color, most have vines and gardens so that entire towns seem to permanently smell like lemons and flowers. There really is nothing quite like the Amalfi Coast and deciding to spend my time there along the water was obviously one of the best decisions I’ve made in a long time.