A Stopover in Singapore 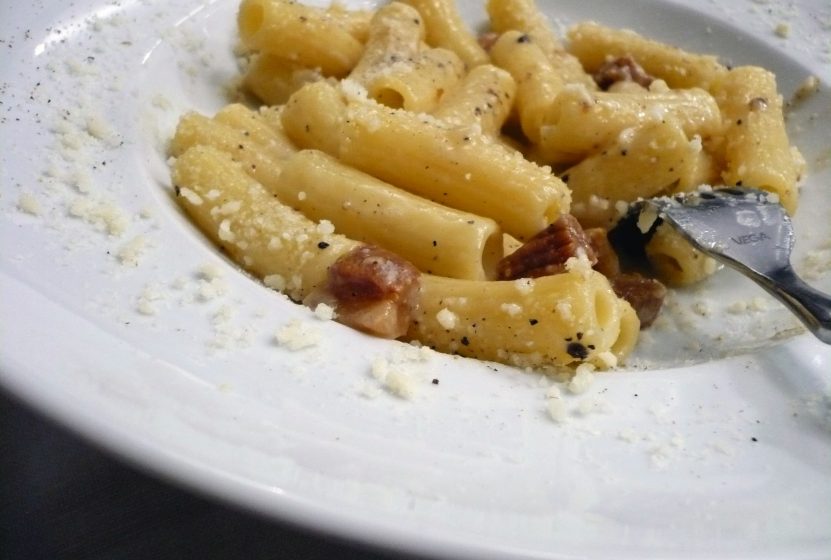 Posted to Eater.com | By Katie Parla

Today, Eater returns to Rome, Italy, to discover the hottest drinking and dining destinations the city has to offer. Our guide, as always, is cookbook author and food writer Katie Parla, who dishes on the 12 buzziest openings of the past year.

On her list: a beer hall with food from renowned pizza maker Gabriele Bonci (L’Osteria di Birra del Borgo), a park cafe that emerged from an immigrant success story (Caffè Nemorense), and some of the best gelato Rome has to offer (gelateria Fatamorgana Prati and Neve di Latte).

Here now, and in geographic order, the Eater Heatmap to Rome — and when in Rome, make sure to memorize Eater’s 38 Essential Restaurants, which will lead you toward the city’s indispensable spots.

The cost and complexity of doing business in Italy is prohibitive for most young people, and the obstacles for immigrants are even more formidable. Yet, over the course of a half dozen years, a group of young African men who escaped slavery by the Calabrian mafia in southern Italy have succeeded, parlaying their small yogurt start-up Barikama into a farm and now a cafe. Their newest venture, Caffè Nemorense, is located in a kiosk at the eastern end of leafy Parco Virgiliano in northern Rome. The cafe serves yogurt with granola, organic salads, sandwiches, craft beer, and aperitifs daily and on weekends, there’s a vegetarian buffet as well as a stall selling farm-fresh produce.

Enoteca Bulzoni has been selling wine in Parioli since the 1920s, but earlier this month the family-owned business introduced a full food menu, which it serves with its nearly 1,000 labels. The servers pour wines ranging in style from traditional to “estremo” (extreme), including many natural wines (proprietor Alessandro Bulzoni was an early champion of the movement). There are snacks and starters, like marinated vegetables on bread and assorted cheeses, as well as classic Roman pasta and meat dishes. The enoteca also has bar seating, a rarity in Rome.

The newest venture from Birra del Borgo, a beer company based in the north of Rome, pours plenty of beer, but also serves a full food menu from Gabriele Bonci, acclaimed baker and owner of nearby Pizzarium, a world-renowned pizza-by-the-slice spot. There are a handful of front-row seats by the pizza station, where Bonci’s team prepares garnished flatbreads, the stars at Osteria del Borgo. The menu also includes pasta dishes, grilled and cured meats, and cheese plates. The drink selection is split between Birra del Borgo brand beers, an assortment of domestic and imported craft brews, and beer-based cocktails curated by the Jerry Thomas Project, Rome’s top craft cocktail bar.

This craft beer pub just steps from the Vatican walls was opened by Rome’s premier publican Manuele Colonna — his bar Ma Che Siete Venuti a Fà, about a mile south, in Trastevere, put craft brews on the map in Rome — and pours around 20 domestic tap beers and half a dozen cask ales from a gleaming copper bar. In the adjacent room, a branch of the popular street food chain Trapizzino serves triangular sandwiches filled with savory specialties — try the pollo alla cacciatora, a vinegar-rich, tomato-less chicken cacciatore. Drinkers can sit on the ground floor around the bar, near the Trapizzino counter, or climb the steps behind Trapizzino to a small dining room offering table service and a TV that broadcasts sporting events.

Neve di Latte’s second location opened this summer just off Piazza Cavour in Prati. The popular artisanal gelato shop uses Italy’s best hazelnuts and pistachios, milk from a biodynamic producer, organic fruit, and high-quality sugar to make his intense gelato flavors. Pistachio and chocolate are a classic and unbeatable combo. But look for seasonal flavors like persimmon, mandarin, and pear in the fall and strawberry and berries in the summer, and remember: You’re always entitled to two flavors with any small gelato cup or cone in Rome.

Rinascente inaugurated its largest Roman department store last week, and its five floors of luxury retail shopping are crowned by two stories of bars, cafes, restaurants, and panoramic terraces. Rinascente recruited Campanian vineyard Feudi di San Gregorio to oversee a cafe, where its wines pair with a menu of cheeses and cured meats, as well as a pizzeria that couples the classic Italian flatbread with sparkling wines; Vivi Bistrot serves juices and salads; and chef Ricardo di Giacinto oversees the bar Up – Sunset Bar and restaurant MadITerraneo.

Mercato Centrale, an ambitious food hall that opened a little over a year ago but is still hot, occupies a light-filled, Fascist-era building along Stazione Termini’s southern perimeter. The marketplace sprawls over three floors, but most of the activity is on the ground level, where around 15 stalls sell food according to theme. Start at the western entrance, where Gabriele Bonci’s bakery serves a carb-based menu of pizza by the slice, lasagna, and focaccia, then grab a glass at the wine bar next door — they start at just 5 euros.

The newest branch of Gelateria Fatamorgana, a small but growing gelato chain, opened in Rome’s centro storico this month. Each flavor is made from all-natural ingredients, without chemical additives or artificial flavors, and many are lactose free. The whimsical creations are often seasonal and always draw on quality produce, spices, and herbs. When the weather is warm, try Panacea (ginseng, almond milk, and mint) with ananas e zenzero (pineapple and ginger). There are a number of chocolate variations, ideal for winter, including “Kentucky” (dark chocolate and tobacco). Fatamorgana also offers certified gluten-free gelato, a rarity in Rome, where so many shops use additives that bear the risk of gluten cross-contamination.

The latest branch in the small but growing Trapizzino chain opened in Trastevere in the summer, and unlike the other branches, which are takeaway joints, this one has table service, seating, and a full bar highlighting wines and beers from Lazio. Pizzaiolo Stefano Callegari invented the trapizzino in 2009, merging the triangular shape of the popular tramezzino sandwich with a long, slowly leavened pizza dough. He fills his tricornered creations with Roman classics like oxtail simmered with tomato and celery, chicken with bell peppers, and tripe cooked with tomato. For 4 euros, the trapizzino delivers hearty Roman flavors for hungry locals on a budget.

Mercato di Campagna Amica del Circo Massimo, Rome’s largest farmers market, re-opened this month after shuttering for eight months due to some bureaucratic mismanagement. And now, it’s bigger and better than ever. The market, which is open Saturdays and Sundays in a warehouse near the Circus Maximus, is organized by a local farm consortium, and its dozens of stalls sell local produce, meat, cheese, honey, craft beer, and bread. There’s a particular focus on items from the areas in central Italy affected by recent earthquakes. In addition to selling raw ingredients, food trucks and trattorias with stalls serve prepared foods like freshly pressed juices, salads, and pasta dishes, so visitors can enjoy Lazio’s bounty even if they don’t have access to a kitchen.

I Carbonari is more than a casual eatery run by a local hospitality school — it’s a statement against the ubiquitous and oppressive presence of mafia businesses in Rome’s food industry. I Carbonari occupies the location of a former takeaway joint that was confiscated from Calabria’s brutal mafia by Rome’s city government. The space was turned over to Tor Carbone hospitality school, and here, students serve the four principal pillars of Rome’s pasta tradition — gricia, carbonara, amatriciana, cacio e pepe — as well as simple (if less iconically Roman) mains like chicken with zucchini and almonds. There are plenty of vegetarian options and quick cold pasta and rice dishes at lunch.

Chef Sarah Cicolini earned her reputation in fine dining kitchens, but her forte is expertly executed trattoria fare that channels the soulful simplicity of Rome’s peasant classics — a refreshing change in a city where young chefs frequently try and fail to modernize the local cuisine. Diners visit Cicolini’s ochre-hued dining room in the residential Appio-Latino quarter for carbonara, amatriciana, and a wide range of quinto quarto (offal) dishes, among them trippa alla romana (tripe cooked with tomato and seasoned with pecorino Romano and mint). The wine list favors natural producers, while a half dozen local craft beers mirror the evolving drinking habits of modern Romans.