19 Photos that Will Inspire You to Pack Your...

How to Plan a Three Days in London Itinerary 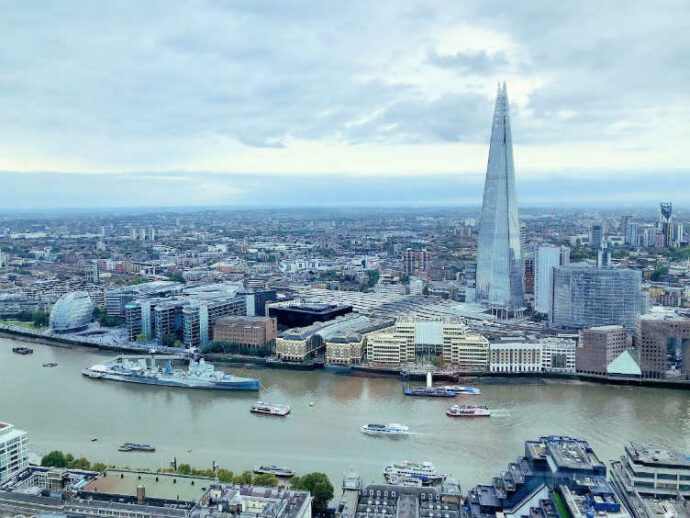 By: Claudia Laroye / Reposted from www.thetravellingmom.ca

Planning a visit one of the world’s most exciting cities with a limited timeline is no easy task. I mean, people spend years in London, England, and still don’t get to see everything there is to see, right? Well, through the mix of independent and guided excursions at Monograms, travelers can maximize time through group sightseeing while maintain their own independent schedules to visit what they like, when they wish. Even if you’re in London for a short while (and let’s face it, three days isn’t fair to this fair city), you can still make the most of your visit with this exciting three days in London itinerary.

‘London is the whole world in one place’ – Henry James

Day One – London on Foot

In term of things to do in London, exploring Covent Garden, a neighbourhood of boutiques, cafes, markets and restaurants is a must do. This is a welcoming place to begin your time in London, with kids or without. There are excellent street performances in its piazza, some great museums (check out the London Transport Museum), and it’s home to the London Theatre District and its popular shows like Mary Poppins and the Lion King.

After enjoying tea at Petersham Nurseries, I wandered through the narrow streets and followed my friend Katja’s advice to pop into Neal’s Yard, one of London’s most Instagrammable spots. The courtyard is a colourful collection of shops, cafes, houses and photo opps.

Once an enormous banana warehouse, Seven Dials Market is now filled with restaurants and food stalls like Yum Bun (steamed buns), Big Shot doughnuts and my favourite, The Cheese Bar. Home to a rotating sushi-style conveyor belt of cheese, pair wine with a heavenly selection of cheese flights.

Head up to Sky Garden

As London’s highest public garden, Sky Garden offers spectacular 360 degree views of the capital, its stunning architecture, and bridges over the Thames River. Best of all, access is free, but you must book online in advance.

If you missed your chance (like me) to book your free ticket, do the next best thing. Reserve a lunch seating at the excellent Darwin Brasserie or the more refined Fenchurch Restaurant. You’ll enjoy a delicious meal with unforgettable views of the city and the gardens.

Sky Garden has a large outdoor terrace for unobstructed views of the city, while the lush interior gardens cover three floors. Sit and enjoy the planted terraces of plants like lilies, birds of paradise and lavender, that were chosen to thrive in the particular quality of light found under the soaring roof canopy of the Garden.

Cruise the Thames River at night

The Thames was and remains the lifeblood of the city. Winston Churchill called it ‘a golden thread through London’s history.’ So finishing your first night in the city with a boat tour on the Thames River with Monograms Travel is a must.

This guided 90-minute cruise on the river is alive with stories of the history of London, its people and the buildings that line the riverbank, including; the Parliament Buildings, Big Ben, London Eye, Tower of London, Globe Theatre, Tate Modern, and the Thames’ many famous bridges.

An evening boat cruise showcases the city’s lights and skyline in a visual and beautiful way that’s completely different than a daylight tour.

As part of any Monograms vacation, a guided city sightseeing tour is included in the itinerary. Even if, like me, you’ve visited London before, seeing the sights with the benefit of a local guide and driver is a real treat.

Our guided bus tour drove past all the City of London highlights you can think of. The British Parliament buildings, (soon to close for an extended renovation period), Big Ben, the London Eye, Scotland Yard, Downing Street, House of Commons, and Westminster Abbey

We stopped to walk to Buckingham Palace for some photographs and to see whether the Royal Standard was flying. It wasn’t, meaning that the Queen was not in residence. On certain days, the tour coincides with the exciting Changing of the Guard. In summer, the public can visit certain rooms in the Palace, as well as the Royal Stables and Royal Art Gallery.

One fascinating factoid I learned from my tour is that London has 9,000 Indian restaurants and 3,000 pubs. You’ll have no problem enjoying a fine curry and brew in this city!

Our exploration of Sir Christopher Wren’s magnificent English Baroque-style St. Paul’s Cathedral was a highlight of the London Sightseeing Tour, at least in my jaded eyes.

Even though Wren wasn’t an architect, his 17-century masterpiece soars 365 feet into the air and is an iconic symbol of London. St. Paul’s survived the Great Fire and the London Blitz, and its crypt is the final resting place of many English luminaries, including the Duke of Wellington, Florence Nightingale and Lawrence of Arabia.

Visitors can climb the 528 steps to the stop of the Dome and step out onto the narrow ledge for incredible city views, which are totally worth the huffing and puffing.

Of course, after walking up all those steps to the top I could barely enjoy the view. I shuffled around the narrow ledge of the Dome, gripping the stone walls with white-knuckled hands. Still, I managed to take some lovely photos, as the views are truly epic. Worth every step and vertigo sensation!

Even with limited time to visit London, there’s so much to see outside the city that it’s worth considering some quick half-day trips. Monograms makes it easy and worthwhile to choose some quickies like Hampton Court, Greenwich, Stonehenge, or in my case, Windsor Castle.

As I learned during my ride out to Windsor Castle for the afternoon, Queen Elizabeth grew up in this royal residence, the oldest and largest occupied castle in the world.

It’s her favorite castle, and also the site of Prince Harry and Meghan Markle’s wedding in the pretty village of Windsor, about an hour outside London.

The Castle has been fully restored after the 1992 fire (the Queen’s annus horribilis), and visitors are free to wander the grounds and castle rooms with the assistance of a fantastic audio tour.

The State Apartments are particularly fetching, complete with ornate and lavish furnishings, ceramics, and paintings collected by various royals over the past 400 years.

Many English queens and kings are interred in the Castle Chapel, including Henry VIII. Queen Victoria and her beloved Prince Albert are buried here on the grounds of Home Park and Frogmore House in a special mausoleum.

Tip: Pop into the Castle gift shop for the child and adult-sized socks decorated in corgies and bobbies. They’re perfectly adorable souvenirs.

Take the Jack the Ripper Tour at night

Note: This tour is not for the squeamish or for young children. It’s a great tour for adults and older teens who are interested in history, crime and great story-telling.

The terrible history of the unsolved murders of Jack the Ripper is the basis for a spell-binding tour of London’s East End. We were fortunate to have Adam, a lively Scotsman with a quick wit and great storytelling skills as our guide. He weaved quite a tale of mystery and bloody murder in 19thcentury England.

We booked this double-decker bus tour through Monograms Travel. Not only was the subject matter gripping, there’s nothing quite like seeing the city than by an iconic red London bus. Tip: Be sure to dress warmly if visiting in fall as the weather cools down at night.

Part coach tour, part walking tour, our group wandered through the same East End streets where the mysterious killer once preyed upon young women. The tour goes into fairly graphic detail about the unsolved cases, the probable suspect who murdered the five women, and about the difficulties and hardships of living in 19thcentury London.

Let’s just say we should all be seriously grateful for the miracle of indoor plumbing.

The Making of Harry Potter Tour

As I’m a family traveler and massive Harry Potter fan, I practically levitated at the opportunity to sign up for the Monograms tour option of visiting the Warner Bros. Studio Tour London, The Making of Harry Potter experience.

Be aware, this is pretty full day experience as the WB studio is about an hour outside London and you’ll be spending a good four hours minimum in the Studios.

BUT, as our guide has already picked up and distributed our tickets, we wasted no time in lines and went straight into the hall for the tour.

Surrounded by the music, costumes, giant models of dragons and pictures of the books and films, our merry band of muggles became overwhelmed by ALL THE FEELINGS.

As soon as you step through the main doors of Hogwarts and into the Great Hall (squee!), the movie magic is all around you. These are the authentic film sets, costumes and props from all eight Harry Potter films.

Pass by the Potions Room, The Burrow, Memory Cabinet, Dumbledore’s office, Umbridge’s office, and enter the Forbidden Forest. Avoid eight-legged Aragog and his offspring, wander through fog, past a snot and drool station, and take a ride on a broomstick or become a wanted witch or wizard in the interactive green screen station.

Of course, you can walk through Platform 9 ¾ and the train cars of the Hogwarts Express, Diagon Alley, as well as experiencing the amazing CGI special effects on display with the blind dragon’s destruction of Gringotts bank.

And we can’t forget the elixir of butter beer. The Studio cafeteria sits between two of the movie studios and offers reasonably priced (for a theme parkesque restaurant) food PLUS frothy sweet butterscotchy butter beer in liquid or frozen form. Pose with your souvenir cup outside of the Knight Bus or Privet Drive, as one does.

You can’t miss exiting through the massive Making of Harry Potter Gift Shop. Save at 30 minutes just to explore the store which has sections for wands, pygmy puffs, House and Dark Arts apparel, as well as must-have Honeydukes candies. You won’t escape unscathed.

This Warner Bros. Studio Tour London is must do for any Harry Potter or movie-making fan. The tour does an incredible job of taking muggles behind the scenes, showcasing and explaining the movie magic. And, the Studio is expanding to showcase the making of the Fantastic Beasts movie series, so stay tuned…

Here’s an opportunity to get above the London skyline without having to climb the 528 steps of St. Paul’s! The London Eye experience gets you in the air at 135 meters in the world’s largest cantilevered observation wheel.

The Eye became an iconic London attraction as soon as it was launched in 2000. It’s now one of the city’s most popular destinations and a fixture on the city skyline.

Get a Fast Track ticket to bypass the long lines and board the capsule for a slow, smooth ride on the observation wheel at sunset. The capsules are quite spacious and wheelchair accessible. Everyone has room to move around for the best views and photos, or to simply sit and enjoy the ride. The London Eye ride duration is around 30 minutes.

Riding the London Eye at night gives visitors a fresh perspective on the city skyline with its iconic buildings and city lights. It’s the perfect way to celebrate the end to a whirlwind trip seeing London in three days.

Disclosure: The writer was the guest of Monograms Travel during her time in London. As always, her opinions and love of butter beer are honest and her own.