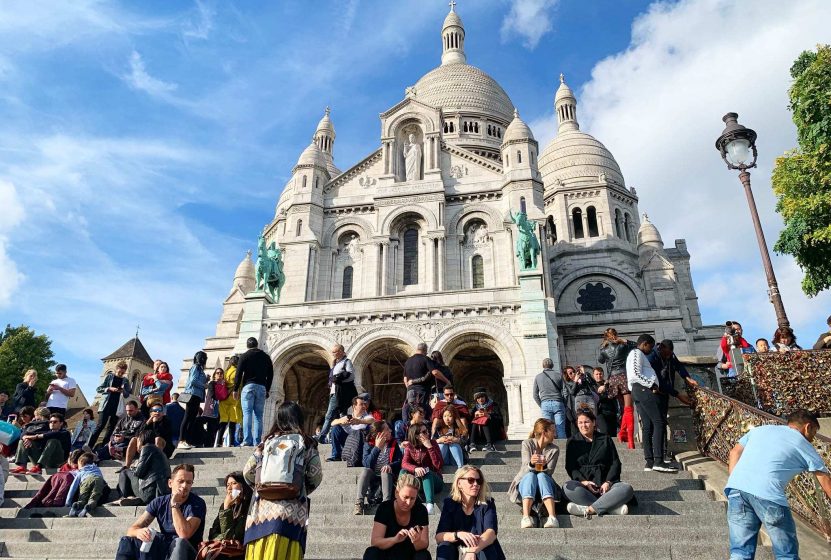 When I was 17 years old, I boarded an Air France flight for my first trip outside of the US. It was also only the 3rd time I’d been on a plane and I couldn’t wait for my summer as an exchange student in Paris to get started. Although I did indeed suffer from some fairly intense homesickness, by the end of my time in Paris I was smitten. I had fallen in love not only with the city but with traveling in general; it truly was a trip that influenced the rest of my life. Although I’ve been to nearly 100 countries and even more cities in every corner of the planet, Paris still remains my favorite city in the world. Granted, it’s probably for purely sentimental reasons, but that doesn’t really matter. It’s a place I am always happy to return to, whether I do some sightseeing or just hang out and enjoy the unique atmosphere for which the City of Lights is so very famous.

I’m sorry to say though that this familiarity and fondness over the years has made me fairly hardheaded when it comes to accepting advice on what to see and do in Paris. Surely I don’t need those simple tips. I’ve lived there, I’ve been back dozens of times over the years and for me it’s always a homecoming. So it was with a great deal of humility when I recently accepted the fact that no, I do not indeed know everything and yes, I can use some help from time to time when it comes to unlocking certain secrets not only to Paris, but any city I visit. This realization happened as I traveled to both Paris and London with one of my favorite companies, Monograms Travel. My third trip with them, I have come to appreciate and even love the service they provide but in Paris they surprised me in ways I frankly didn’t think possible.

Monograms isn’t your standard travel company. They’re completely unique in the industry and, to be honest, I’m continuously surprised that their model hasn’t been copied by dozens of others. They’re not a tour company, well, not really. Instead, they take care of the annoying little details in the travel experience that, in turn, allows the traveler to better enjoy their experience. That means they coordinate all transfers, they give you hotel options so that particular stress is eliminated, if you’re visiting several destinations they coordinate the transportation, they provide an orientation tour in every new city you visit and in the hotel they have dedicated staff who are there to help you with anything you might need. It’s a travel company for the independent traveler and I have loved every trip I’ve taken with them.

As I mentioned, in every city they offer an orientation tour so that you can see some of the major attractions as well as get your bearings. What this tour looks like differs from one city to the next, and in Paris it included a brief coach tour around central Paris followed by what was a trip highlight, an hour boat ride along the Seine. The cruises are one of the cardinal tourist activities in the city – one of those experiences that every first time visitor just has to do. As such, the last time I had taken one was in 1993. In follow up trips I just didn’t see the need to book the cruise, but I’m so thankful that Monograms included it in their orientation because it really helped me get back to basics and remember those initial qualities that made me fall in love with the city in the first place. Forced to sit back, relax and admire the scenery, all of those first emotions came back to life as I remembered what makes Paris so incredible. Although certainly very sad to see, the river is the perfect vantage point to see Notre Dame and the damage done to it by the fire. By the end of the cruise, I had a broad smile plastered to my face and I made plans on how I wanted to experience the city over the following couple of days.

If all you want from Monograms are the essential items I listed in the beginning of this post, that’s fine. After your orientation tour you can do whatever you want, it’s your time and your trip. However, if you want to round things out a bit Monograms also offers optional tours and outings, all for nominal additional fees. I usually try to take advantage of at least one or two of these extras because they’re not standard tours and, many times, they’re unique to Monograms. While I took advantage of a few of them, there’s one in particular I want to highlight because it was so unexpected.

For this trip, I wanted to make sure I enjoyed new-to-me experiences in Paris to help provide even more context to the city. So when I saw a Food & Wine experience, I thought it would be a fun way to enjoy the culinary side to the city. As it turns out, the experience wasn’t at all what I thought it would be, but in the best possible way. I thought the evening would be similar to a food tour, but when I showed up at the location on my confirmation slip I found a lovely little restaurant tucked out of the way off a major thoroughfare. I would never have discovered what turned out to be a gem of an establishment on my own, and the evening that followed was one of the highlights of my time in the city. As it turns out, the excursion is a three-course meal complete with wine pairings. There are options, so you’re not stuck with just one choice and the staff at the restaurant were honestly amongst the nicest and most knowledgeable I’ve ever seen. They also have a clear passion for French wines and were excited to share the pairing for each course, explaining where it comes from, what makes it unique and, ultimately, why they picked it for the dish. It was a laid back evening with great food and a wonderful atmosphere and I loved every second of it. Although I could certainly have found a place to eat on my own that night, I know that it wouldn’t have been as special or meaningful as the excursion through Monograms and I strongly recommend it for anyone joining them in Paris.

I love hotels and, for me at least, they’re an incredibly important aspect of any trip. That’s also yet another reason why I love traveling with Monograms, no matter where I’ve gone I’ve always been impressed with the hotel and that was especially true in Paris. The Pullman Paris Tour Eiffel is literally set in the shadow of the Eiffel Tower, and my room even had a fantastic view of this iconic sight. Since it’s next to the Eiffel Tower, the location itself is also fantastic and the nearest metro station was a short and easy walk away. The hotel was ideal in every way from the service to the food and of course the well-appointed rooms. If I booked on my own I may not have chosen the Pullman, but it was the perfect hotel for this trip.

Ultimately though, Monograms appeals to me so much because it really is geared towards the independent traveler. As I mentioned, they take care of those annoying details, but then it’s up to the traveler to figure out what they want to see and do. Of course, Monograms also has a dedicated staff member in all of their hotels to help anyone out who may have a question, needs some help with arrangements or anything else really. I knew that for my last day in Paris I wanted to do a day trip, and from Paris there are many fantastic options. Given my somewhat newfound love of the Disney parks though, there was only one choice for me – Disneyland Paris. Monograms actually offers tickets to the park through their Local Host, so if this interests you too you can just go through them.

Getting to Disneyland Paris couldn’t have been easier. The Monograms Host gave me great instructions on which train to take and how to get the right tickets and before I knew it I was walking along Main Street USA. I spent the whole day at the park and had an absolute blast in the process. There really is nothing quite like the Disney experience, and when you add in those special French touches, there is nothing better. And ultimately, that’s what Monograms is all about. Putting together the trip YOU want to take and not one someone else thinks you should do. It’s all about independent travel and doing whatever you want, with a little help, guidance and structure offered by Monograms.

More than just enjoying a nice time at Disneyland though, Monograms really impressed me in Paris because they helped me enjoy the city in ways I didn’t know I should. That’s where their experience and expertise shines through and I can’t thank them enough for an unforgettable break in the City of Lights.