Why planning a Monograms travel holiday will blow your... 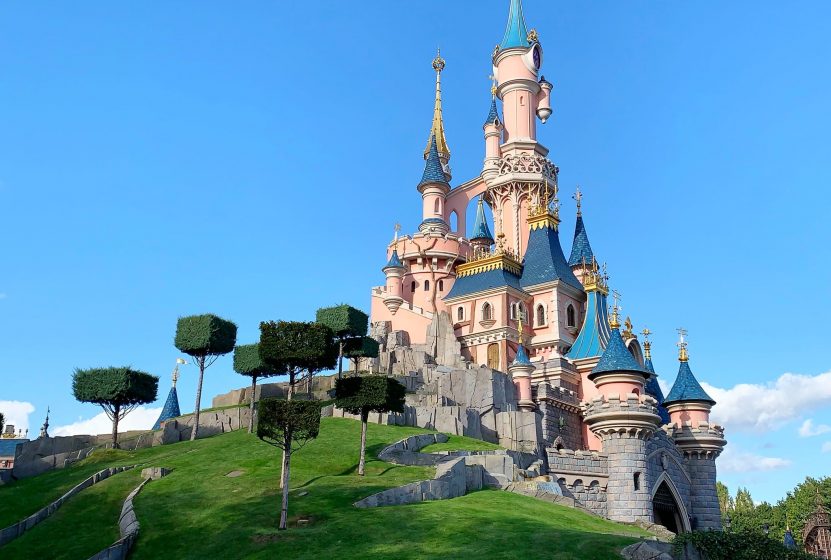 2019 was very much my year of getting to better know and understand the world of Disney Parks. A relative newbie to the vibrant travel subculture that is Disney, my own personal love of the parks and the wide-eyed wonder they evoke made me want to see and do as much as I could. It started with my instant love affair with the original Disneyland in California, which I then revisited several more times in rapid succession. The veritable nation-state that is Walt Disney World was next on my list, and two brief visits in 2019 provided me with a solid base-level understanding, which I hope to expand upon in 2020 and beyond. I had a unique opportunity though to visit one of the international Disney Parks when I found myself traveling in Paris with the travel company Monograms Travel. I knew that I couldn’t be so close to Disneyland Paris and not go, so I incorporated a day at the Park into my travel plans and I’m so glad I did. Disneyland Paris may not be as well known as some of the other parks, so today I want to share what I thought and experienced at what is truly a lovely Disney Park.

If you haven’t read my reviews of Monograms Travel before, they aren’t a tour company, not really. Instead they take care of major details like hotels, transfers and orientation tours, but then it’s up to the traveler to decide what they want to experience. It’s independent travel with a little bit of extra ease built in and I love the experiences this unique way of travel enables. There are a number of optional excursions offered if that’s what the traveler is looking for in order to fine-tune their own travel experience. In Paris there are many fun choices, including the option of spending the day at the always magical Disneyland Paris.

Unlike some of the other Disney Parks, Disneyland Paris is incredibly easy to reach, especially if you’re staying in central Paris like I did. Disneyland Paris is located about 20 miles outside of the city and the most popular way to reach the theme park is on the suburban commuter train called the RER. The Marne-la-Vallée–Chessy station is a two minute walk from the Disneyland Paris front gates and is also where Line A of the RER terminates. The ticket kiosks in Paris have separate selections for buying Disneyland Paris train tickets, making it even easier to navigate your way. Just make sure to also buy your return ticket at the same time so you can avoid the lines later on in the day. Trains run about every 15-minutes, and the train time boards even have a Mickey Mouse emblem next to the train listing. The journey is about 40 minutes and is by far the easiest way to reach the park.

Even though there’s a lot to be said for visiting a Disney Park just to enjoy the special feeling that only Disney can provide, at the end of the day it really is all about the attractions and in Disneyland Paris there are several favorites as well as new ones to enjoy.  If you’ve been to US-Disney Parks there are many rides that will sound and look familiar, although with some twists and surprises. The most notable of these is the Paris twist on the Haunted Mansion, Phantom Manor. The attraction has the standard look and feel Disney-goers are accustomed to, but the storyline and pace are both completely different. Another familiar but different attraction is Pirates of the Caribbean. Taking advantage of new technology and Imagineering concepts since the original was built in California, the Paris version is familiar but I think a lot more fun. No matter what you decide to do in Disneyland Paris, I think that like me you’ll walk away very impressed with the attractions throughout the parks.

Not only does Disneyland Paris include the Magic Kingdom to which most of us are very accustomed, there is also a second park on-site: Walt Disney Studios Park. The Park has the same look and feel as its sister park, Disney’s Hollywood Studios at Walt Disney World in Florida, evoking the best of the golden age of Hollywood. Although the park is in the middle of a multi-year expansion, there’s plenty to see and do including the Park’s unique attractions. By far the most popular of these is Crush’s Coaster, based on the sea turtle from Finding Nemo. This innovative roller coaster and dark ride is popular for a reason, it’s absolutely a lot of fun. Another personal favorite attraction is the Toy Story inspired RC Racer, in which guests are hurtled up and down a 25-meter half-pipe coaster. Walt Disney Studios Park is also home to one of Disneyland Paris’ most popular restaurants, Bistrot Chez Rémy, based on the restaurant from Ratatouille. There are a variety of set menu options, all featuring the best of classic French cuisine. I really enjoyed my time at this second park and I think it rounds out the overall visit extremely well.

For some reason every Disney Park has a completely different Fastpass system, an odd quirk that I really hope is remedied at some point in the not so distant future. Until then, it’s up to us – the guests – to understand each system and learn how to get the most out of them. Paris is particularly confusing I think, and is definitely the most low-tech of the ones I’ve experienced so far. The basic Fastpass system in Disneyland Paris is free, although there are paid options, and includes 6 rides in Disneyland Paris and 2 in Walt Disney Studios Park. Oddly enough, Disneyland Paris uses a paper-ticket based Fastpass system with no access via its app. In order to take advantage of the free Fastpass options, you will need to go to the attraction itself in order to receive your timed Fastpass ticket. You then return at the appointed time and enter the Fastpass line. Granted, this is a cumbersome system, which is probably why Disney introduced two paid options: Super and Ultimate Fastpasses. Super Fastpass allows entry to 6 rides without having to retrieve a time or paper ticket. Ultimate Fastpass allows for unlimited access to 9 rides for the entire day. It’s important to note that some very popular rides, like Crush’s Coaster, do not have a Fastpass option at all, which will absolutely impact how you plan your visit.

One reason why I love visiting a Disney Park – any Disney Park – is how they each so very well capture that special feeling many of us have come to know and love. I’ve always been a big Disney fan, as I imagine most of us are, whether it’s watching the movies and shows as kids or appreciating the many other ways they’ve impacted our lives. To live in that universe, even for a short little while is a special experience the likes of which truly is unparalleled. Before my first visit I was pretty sure that I would enjoy the experience, I just had no idea how much. I returned to a time in my life when things were all puppies and unicorns, and that’s where the Disney obsession for so many starts. We all want that, we all want to be free from stress and anxiety and visiting a Disney park is honestly one of the few ways I’ve found to accomplish that. So if you’re wondering if visiting as an adult on your own is worth it, wonder no more. The experience is so much more robust than you might think and I know that after your first visit, you’ll be just as eager to return as I am.

🌏 Earth Day, Every Day. For nearly a century,

A playground for the rich and famous, Dubai Marina

The iconic torii gate of Miyajima gives way to the

The Natural History Museum is divided into five ma

The hill of El Panecillo used to have a sun temple

Perfectly golden and studded with plump raisins, a

Part of the famous Big 5, spotting an elephant in

Go off the beaten path and visit the quirky neighb

The cultural precinct of Little India is an import

Despite being called the London Underground, only

With twelve streets meeting at the center, the Arc

Say hello to the El Ateneo Grand Splendid - a book

What flavors would you choose? We can't look past

Did you know that the famous Camden Markets have b

The colors and detailing of the Maasai Mara tribes

We love how this hedge has been fashioned to perfe

Straddling Argentina and Brazil, the magnificent I

Beat the crowds at Shinjuku by visiting early! The