How Camping with the President Saved the National Parks 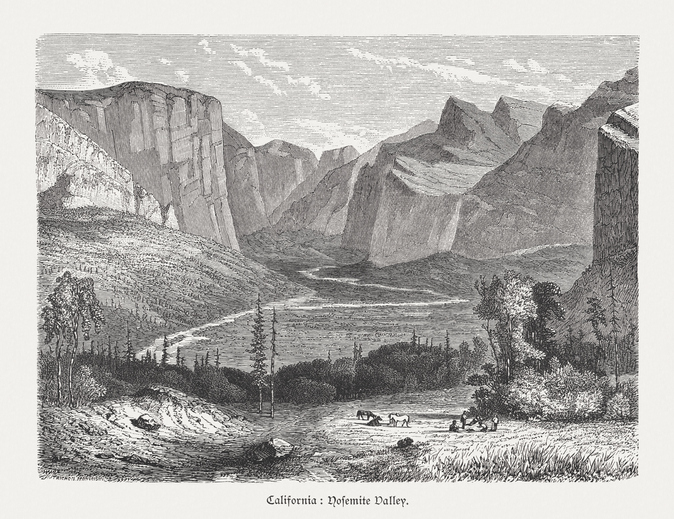 “The mountains are calling, and I must go” are perhaps the most oft quoted words of the iconic conservationist John Muir. But, just how does an unknown Scottish immigrant become a pivotal figure in America’s national parks and forest preservation? Three nights of camping under the stars with President Theodore Roosevelt didn’t hurt.

A student of botany, Muir’s odyssey from factory worker to conservation champion began as he sketched the regional flora as he walked from Indiana to Florida, sailed to California, and trekked from San Francisco to the Sierra Nevada where he assumed an “unconditional surrender” to the natural world. With the philosophy that God is revealed through nature, Muir founded The Sierra Club in 1892 and became a prolific writer whose travel chronicles through Alaska’s Glacier Bay and Washington’s Mount Rainier were nationally recognized. A purveyor of preservation, he campaigned to protect Arizona’s Petrified Forest and the Grand Canyon; and California’s Kings Canyon and Sequoia National Parks. In 1903, Muir was enlisted to escort the 26th President of the United States on a 4-day expedition in Yosemite.

Camping completely alone with Muir, the president first slept beneath the stars on a stack of blankets left by his staff, then on beds of pine bough. The two men rode on horseback to Glacier Point, and the president listened to Muir’s campfire stories about California’s natural history with pleas to protect the endangered Yosemite Valley. Roosevelt described his experience in Yosemite as:

“It was like lying in a great solemn cathedral, far vaster and more beautiful than any built by the hand of man.”

This revelation was enough to inspire Roosevelt to return to Washington DC to establish the National Forest Service, followed by the creation of hundreds of national monuments, protected parks, and wildlife sanctuaries—preserving more than 200 million acres of wilderness for generations to come.